Few days ago I had the amazing opportunity to go to ‘t Harde, at a military base to launch few rockets. Among these was my team’s rocket (John) which was designed and build by Aleksandar Petrov, Chris Niemeijer, Aleksader Parelo, Hardi Njo and myself. The goal was simple, yet challenging: to fire up a rocket up to 1 km with an egg on board and land safely to protect the payload.

And this is what happened (video by Hardi Njo):

Unfortunately, the egg did not survive and that is because the parachute did not deploy, but we did achieve about 800 m of altitude as the rocket was quite stable. That is mostly because of a detailed design in OpenRocket where the CG and the CP were properly placed. Another reason might be the fins that were 3D printed at an accurate angle between each other. The parachute wasn’t supposed to be deployed using pyrotechnics. The cone was meant to be pushed by a spring out of the body. In this way, the airflow had only one job: to open the parachute. This did not happen because of the timing. The spring was released too early, when the rocket was few moments before its apogee and the aerodynamic force was still pressing the cone downwards.

The interesting fact was that the main body of the rocket survived, despite the crash at about 200 km/h with the ground. The conclusion: it was over designed, but it was a fun experience laminating it, layer by layer. 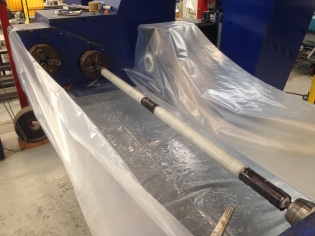 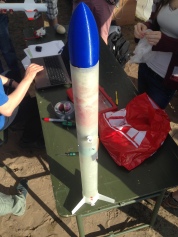 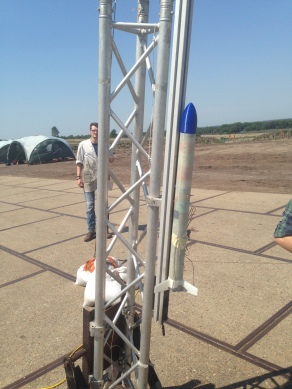 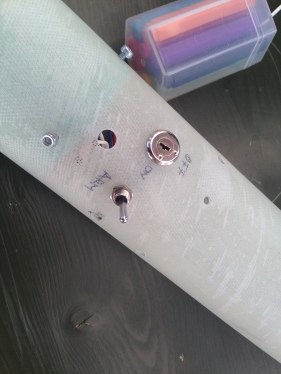 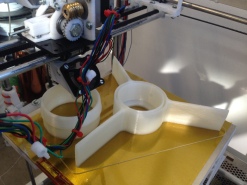 Other rockets taking part to the event:

One thought on “SRP rocket”